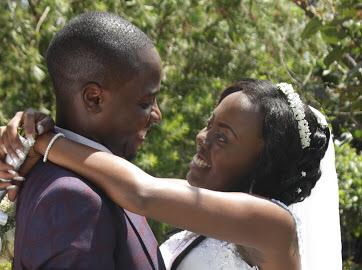 It takes months or even years to plan a wedding, you would never guess that as beautiful as these pictures look, the wedding was planned and executed in two weeks. Tatenda and Silence met at University in their final year, they were both doing the same program.

They became friends and after talking and the never-ending late-night chats, they realized they had a lot in common. As Silence was charming and had a great sense of humour, Tatenda easily fell in love with him. In between conversations, Silence announced he wanted to marry Tatenda. For Tatenda, it seemed like a joke until he told her that he wanted to see her aunt and start the marriage procedures which led to the wedding.

2 December 2017, they wedded at ART Farm in Pomona. The ceremony was beautiful and emotional particularly when the bride wept through the vows. Their theme colours were navy blue and champagne. The bridal team looked exquisite in navy blue dresses for the ceremony and champagne for the reception. The couple wouldn’t take anything away from the wedding as it was perfect and unique.

As for advice to future brides and grooms: “My advice would be pray about it before you start the process, work within your budget, don’t get into debt just to get your dream wedding. The planning process is stressful and you’ll face a lot of challenges but stay calm, it will all work out. It’s a once-off thing and you get to do it once, make the best out of the day. Enjoy every minute on the day.” 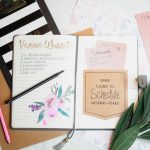 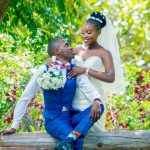 When Cupid came through the DM!