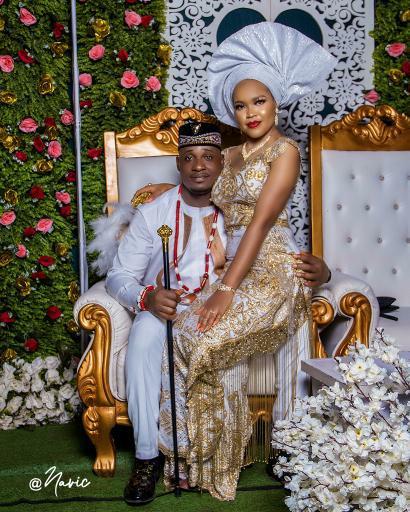 Most nations have different cultures thus different ways of doing ceremonies, beliefs, and ways of life. When we’ve seen Nigerian weddings in pictures, most people  may have assumed they’re all the same but there are different traditions. Esomchukwu Jennifer Ugochukwu and Onyeka Charles Nwamekwe had their Igbo traditional marriage wedding ceremony on the 1st of August 2020 in Nigeria.

An Igbo traditional marriage ceremony is called ‘Igba Nkwu’ which translates to ‘Wine-Carrying’. It’s called a wine-carrying ceremony because, during this ceremony, the bride officially declares to the world whom she has chosen to marry by carrying wine to her husband.

The bride makes two important appearances. In the first appearance. The first appearance involves the bride getting her prospective in-laws(ndi-ogo).  For her first appearance,  Esomchukwu wore an exquisite Igbo traditional gown and adorned her hair, wrists, and neck with traditional beads. Esomchukwu, together with her Aseobi squad (which consists of female friends and family friends) then danced around showcasing her beauty, grace, and elegance to everyone. They were all dressed in uniform materials and their beautiful dances made it all epic.

The second and final appearance is the most important appearance whereby the bride collects a cup of palm wine from her father and takes it to her husband, whom she has no idea whatsoever of where he is seated. In her Igbo traditional headgear, blouse and george wrapper, adorned with traditional beads, Esomchukwu went to her father, and her father asked her to show them who she had chosen to marry.

Esomchukwu took the wine and looked for her husband, Onyeka. When she found him, Esomchukwu took a sip from the wine and gave him to drink. She then took him by hand to where her father and the rest of the kinsmen (umuna) were seated. This way, she had traditionally shown her family whom her heart beats for!

“This was my favorite part of the wedding, as I handed my husband the palm wine.

“This was the highlight, as far as I am concerned, because I had shown everyone who my solid rock, my inspiration, and my everything is,” she said.

“This moment will ever remain fresh in my memory. I felt proud, not because I had now become a wife to the best man alive. He’s my ride or dies.”

Esomchukwu and Onyeka’s wedding day was a blend of laughter, joy, and fun. Knowing that their relatives were present was heartwarming. Genuine happiness that everyone had for them was evident with the excitement that was there.  They were both in smiles all day through.

As for advice to future brides, Esomchukwu has this to say: “You should know what you truly want in a person and when you find that person, no matter the distractions you might encounter, stick to one person, provided the person gives you peace and loves you back. Peace of mind is everything.” 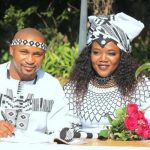 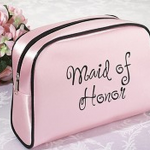 8 roles of the Maid of Honour

From sunset to dusk in celebration