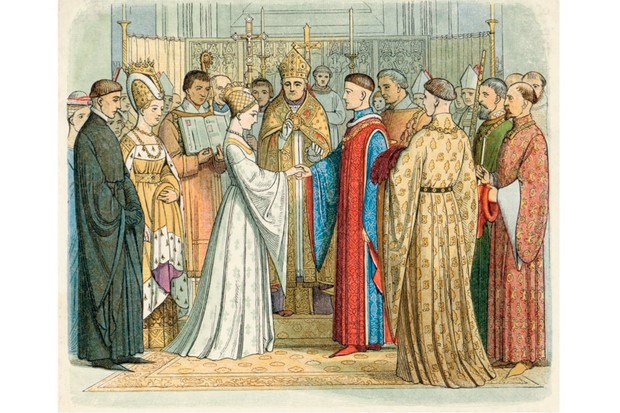 The history of weddings is mainly rooted in Britain. Most of the weddings that are taking place all over the world have borrowed certain aspects from British weddings. This article looks at how weddings came to be as we know them now.

Before A.D. 1100, most marriages had no religious ceremony connected to them. The marriages at this time were just formalized by a public announcement and a kiss. Weddings only became involved with the church around 1215.

What we know as weddings today at that time was just a nice feast, without décor or special outfits unless the couple was wealthy. There weren’t themes or specific colors, just a feast. The wealthier the families were, the bigger the feasts.

As the church became involved in weddings, things began to be done differently. The ceremony slowly became more elegant. The best man was not the groom’s closest friend but was the best swordsman that they could hire to stand by them and ensure that the wedding went on smoothly.

The tradition we see today as the father walking his daughter down the aisle originated as a man walking the bride down the aisle to ensure safety on the way to the groom. Safety was a key focus at weddings at this time because many times, the marriage was a marriage by capture. The bridal party had the responsibility to protect the bride and groom and fight off the bride’s family should they come to protest the wedding or try to steal her back.

The groomsmen were the ones responsible for assisting in the kidnapping of the bride and later keeping the wedding on track and free of interruptions.

As to how the wedding costs were covered, both families gave dowries. The bride’s dowry was the money that was used for the wedding ceremony and feast while the groom’s tended to be money for a home or to support them going forward in their life together.

In the Elizabethan Era, some traditions were continued, these traditions included the formal public announcement of the marriage, a feast following the ceremony, and religious affiliation. However, other trends emanated. Brides, grooms, and guests just wore their best clothes without much regard or significance to color. In this era, the bride and her family were responsible for providing dowry the bride’s father was responsible for the wedding ceremony and feast.

This was referred to as her marriage portion since the husband was responsible for providing for their family later on in life, after the wedding. In other villages, the neighbors could have been the ones to provide the feast in a sort of potluck fashion. This practice of neighbors and friends providing for the wedding is similar to the tradition of the bridal showers in modern times. This was also done if the father did not approve of the man who wanted to marry the bride. For her to procure her ‘dowry’, friends and neighbours would shower her with gifts before her wedding.

The public announcement that the couple was to be married was called ‘Crying the Banns’ and this announcement would be made in church, three Sundays in a row. If anyone married without crying the banns, the marriage was deemed illegal. This was done to give enough time for any objections or evidence of something that might affect the couple’s union to come to light and be dealt with before the ceremony.

In the Elizabethan era, the bridesmaids were responsible for creating bouquets and the garland of flowers that the bride held until the end of her wedding when it was placed on her head. Bathing was considered a luxury at this time so the flowers acted as a way to cover up the fragrance of dirty individuals. This era marked the beginning of a longer period of engagement before the wedding.

Everything else from the celebration and the crying of the banns remained the same in the regency era. At this point, weddings became more of a morning affair followed by a feast. This was the era in which wedding size, as well as dressing, changed. This was also the era in which the bride finally got a small amount of say about her wedding day.

This era brought with it options for the wedding couples as they could choose either use the method of crying the banns for three consecutive weeks in their church or they could obtain a common license for their marriage from a bishop or archbishop or they could obtain a special license from an archbishop.  The difference between the common license and the special license was that if they obtained the common license, they had to be married in a church or chapel where either the bride or groom had lived for four weeks whereas if they obtained a special license, they were able to get married anytime and anywhere that they pleased.

Weddings became smaller and private than they had been previously. They were held mostly between a clergyman, family, and maybe close friends. They were simple celebrations and the ceremony was entirely determined by the prescribed service in the Book of Common Prayer.

The only thing that the bride had a say in was choosing the day (but not the time) that her wedding would be. With weddings being so simple and private, there wasn’t much planning involved, especially compared to weddings today, but, significantly, women were starting to be involved in that planning, no matter how small their role was. Another aspect of the wedding that changed during this era was the introduction of wearing white wedding gowns. This was because at that time white was a popular color to wear in general. The wedding gowns were not ornate or fancy as they are in modern times, but instead, they were simply just as the ceremony itself was.

The weddings were almost always held in a church. At the beginning of the era, flowers were always used to decorate the churched and homes where the wedding would be celebrated. As the years went by, the floral decorations became more elaborate. There would be a carpet of flowers down the aisle that the bride was to walk on leading up to the altar. This was because it was believed that this ensured a happy path to life for the bride. Roses were commonly used as they represent true love.

This was the era in which brides began to throw their wedding bouquets. In Victorian ages, the bride originally tossed her bouquet to a friend as she left the festivities to keep that friend safe and to offer her luck. This luck was believed to help the bride’s friend that caught the bouquet to become the next one to get married.

White dresses may have been introduced in the Regency Era but in the Victorian Era, the white wedding gown gained great popularity after Queen Victoria’s wedding in 1840. Before the queen was married in white, different colors of wedding dresses were assigned based on the age of the bride. The teenage brides wore pale green dresses which were a sign of fertility. If the bride was in her twenties, she would wear a brown dress, while older women wore black.

Queen Victoria, however, wore a white gown for her wedding during this period. This was unusual, given that before her wedding, most brides who wore white were of a lower class and the whit signified that she brought nothing with her. Brides often wore accessories such as short white gloves, hanky with maiden name initials, embroidered silk stockings, flat shoes ornate with bows and ribbons at the instep in addition to a veil that was not to be removed until the end of the wedding.

The Victorian Era was a huge period of development for wedding celebrations. More serious planning became necessary when more ornate decorating became popular both in regards to clothing and venue. Superstitions put limitations on what couples could or, more accurately, would do when deciding when their wedding would be and what their wedding would look like. This is an era in which connections between weddings then and weddings in modern times are very easily made. 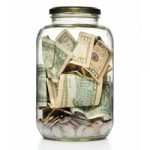 How to save for a wedding 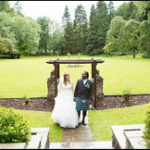 The new normal: Wedding during the COVID times

Planning your wedding without a planner