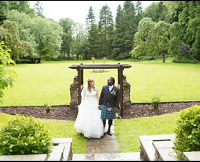 A wedding of two people of different cultures is exciting as the fusion of two cultures makes it all unique.

This was the case of Lloyd and Stephanie who wedded on the 16th of June 2018. Stephanie, who’s Scottish, married a Zimbabwean, Lloyd. They had initially agreed to a simple modern wedding with a bit of the Scottish traditions but the day turned out much better, when Lloyd surprised his bride when after the ceremony he wore the traditional Scottish groom’s attire!

The Scottish groom’s attire consists of a Kilt, a jacket, and a sporran. This was such an honour to Stephanie’s family who were happy to see that their in-law appreciated their culture. The kilt is a s a symbol of honour for the clan which they belong.

The wedding was also signified with a piper who played the bagpipe at the wedding ceremony. This is also a Scottish tradition. as it is also considered as luck, particularly when the bride and groom have completed their marriage ceremony and are being piped out of the ceremony.

A beautiful ceremony that proved love knows no tradition, what matters is the love between the two. 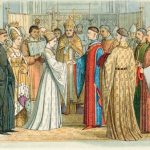 The history of weddings 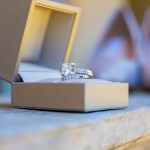 The Origins of Wedding Traditions