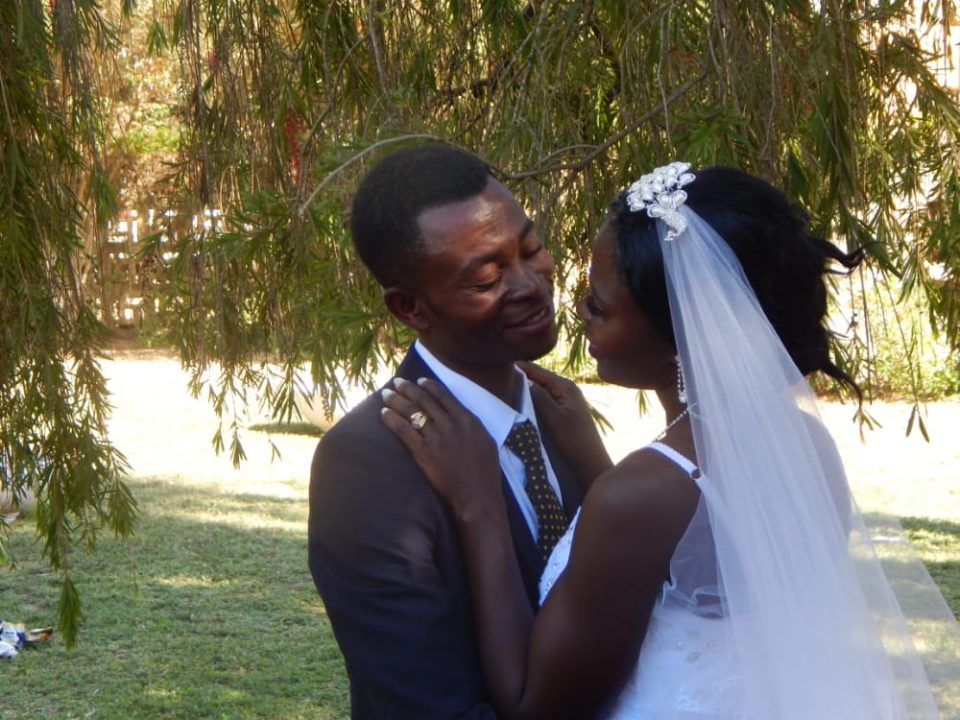 Preparations and unique setups can make your wedding look different, making it memorable to the guests and the community.

It was the 4th of May 2019 in the morning, the sky was cloudy and there was a chilly air circulating the area. Tafadzwa Mukote and Catherine Munjeri got married uniquely. The two got married in Mashonaland Central district, Mvurwi. Their wedding ceremony was held in the backyard of their uncle’s house in the low-density suburban area of Mvurwi town.

The garden venue was surrounded by trees which automatically contributed to the décor. Under the trees were beautiful and healthy blooming flowers which made the venue fantastic on its own, no artificial flowers were used and also fewer fabrics were used for decoration as it only covered the position where the couple exchanged their vows. There were only a few chairs for the closest family and the bridal party and the rest of the guests had to stand and mingle around during the proceedings of the wedding.

The reception and ceremony celebrations had different and magnificent colours. The first celebrations had the groomsmen wearing navy blue jackets, khaki chino trousers, brown shoes, white shirts, and yellow bowties whilst the bridesmaids were in navy blue dresses and yellow shoes. The colours were in line with some of the garden flowers which showed the creativity of the couple in suiting their dress code with the garden. The second code, the groomsmen were in black trousers, white shirts, and tennis’ whilst the bridesmaids were in black skinny jeans, white shirts, blue bowties, cross belts, and white tennis shoes which were set for the afternoon ceremony celebration.

The groom, Tafadzwa came with his style as he stood before the crowd with his partner expressing how he felt to have his wife by his side on this wonderful day. “My heart was not complete till the time you came into my life Catherine, you made me realize the essence of love …”, he said, as he expressed himself to his partner in respect of her love.

In the afternoon the dancing crew (groomsman and bridesmaid) provided entertainment to the crowd with different dance moves. Trending music of that time was played, such as the amapiano music genre and some other local music. The dancers thrilled the people when they came up with some dance moves such as gwara-gwara and shaku-shaku which were also trending.

One couple is capable of initiating their type of setup for their wedding in their communities leaving memories in the minds of people, as the wedding will be unique in its way. 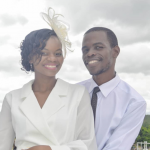 Small yet elegant: The 7 guest wedding 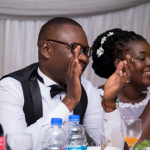 From sunset to dusk in celebration

Love at a wedding