November weddings or family functions are a big no, for most African countries, especially in Zimbabwe but the reasons are centered on so many misconceptions and opinions.

I say misconceptions because no one really knows why.

It is just a series of hearsay from different people.

Many believe that a wedding in November brings bad luck.

However, a source says, people do not understand that the month of November or the bad luck doesn’t start particularly in November but in Mid-October which is determined by the moon.

Hence so many couples already are following an African custom which they don’t fully understand.

Here are some reactions to why November weddings are a taboo on social media:

“Our ancestors will be on leave”

“That’s when the goats are reproducing, if you get married they won’t reproduce. That’s why the month is called ‘mbudzi’ in Shona.”

It’s only that people are preparing to farm, and events destructs that. The time is congested with farming activities.

“Because November is rainy season and people will be busy planting, so doing other activities like weddings and lobola would take their focus off farming.

“Some marriages do bliss I know many who marry and wedded in November and their marriages are still standing.

“Now depending on how your families are. Some so strict that they don’t allow marriages the last 2 weeks of October. I noticed mainly there is jealous or envy in the families, and marriages are postponed all in the name of November marriages bringing bad luck.”

“The underlying reason why most social activities were banned was to concentrate on planting, to enforce most of these logical policies, the Shona developed a habit of creating taboo and religiosity around them.”

People do not get married because of misconceptions, they don’t fully understand the traditions they are practicing, and mainly because of fear of rejection, bad luck and of the unknown. 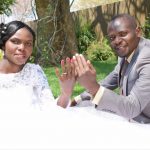 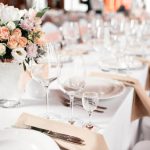 Achieving Perfection on Your Wedding Day