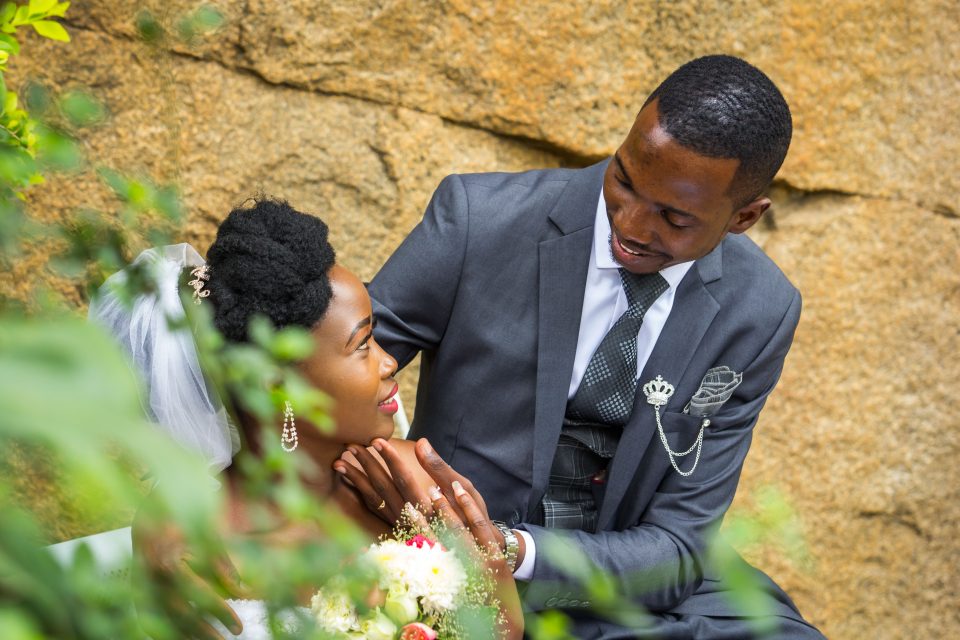 October 2015, after church service, a fine young man, Clarence, approached two beautiful ladies, Loca and Patience as they were on their way home. Clarence asked for permission to accompany Patience to board her transport. Confused, and reluctantly, Patience agreed and wondered what the talkative guy wanted. Little did she know, this was the beginning of a relationship that would lead them to their happy ever after.

Standing beside her, as she waited for transport, was her future husband. Clarence just told her, he never thought he would date a girl from their church but Patience had taken his heart. She didn’t take it seriously, well, she hated the guy, he’s the guy who had teased her during one of the all-night prayers so she didn’t like him at all.

It took a lot of convincing from her friends and family for her to accept the proposal and she finally accepted on the 10th of December, at Lake Chivero, at a church Christmas party. She had been charmed, they fell in love, and fast forward to 27 June 2020, lobola was paid.

The plan had been to just have the marriage officer officiate a small ceremony as they didn’t want a big wedding. However, the family and church thought otherwise, they deserved a big wedding, being two people who were well known especially in church with Patience being the Projects chairperson and Clarence being the Recreation Chairperson (a position he had held from 2016).

Clarence allowed Patience to plan the wedding as she wished. Her plan had 150 guests at Gladwill Events, a bridal team of 12, 4 bridal dances, two wedding dresses for the bride, to hire the police to help in controlling numbers, both ceremony and reception at one venue and for the wedding to start at 930 am and end at 1630.

Everything was in order for the day, except that the marriage officer arrived about 30minutes later than anticipated which delayed the program a bit but the program went on well. The décor was neatly done with the theme colour being blush pink and navy blue. The ceremony ended at around 130 pm and they went for their wedding photoshoot at Goshen Gardens in Hatfield as the venue was a bit small.

150 guests had been invited but more people than anticipated turned up for the wedding, this made the bride nervous. The couple couldn’t eat properly, probably due to excitement, but together with the bridal team, they gave the best dances which amused the guests. The MC, MC Kedha made sure the guests were entertained as he cracked a lot of jokes and showed classic dance moves during the wedding reception.

The favourite part of the wedding for the couple was when the groom said his vows (vows on next page). “I knew my husband would steal the show with his vows but the way he said them was so heartfelt, and I will never forget that moment.” The marriage officer was quite impressed with the vows and he swore he had never heard such vows in his career:

It was a beautiful day and the couple wishes they had been able to invite a lot of people but they couldn’t due to the Covid 19 restrictions, it was beyond their control. All things being equal, the couple would choose the largest venue that would cater for all.

As for advice to future brides, Patience advises future brides to plan weddings according to their budgets. She notes that sometimes men are not so forthcoming about weddings because sometimes ladies are over-ambitious. “You should understand what your man can afford and budget accordingly, you will never go wrong. If you’re both on the same page, you’ll both enjoy the wedding. Always remember that there is life after the wedding, so plan accordingly.” 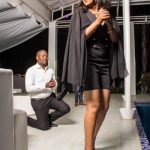 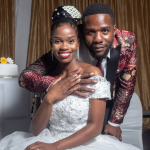