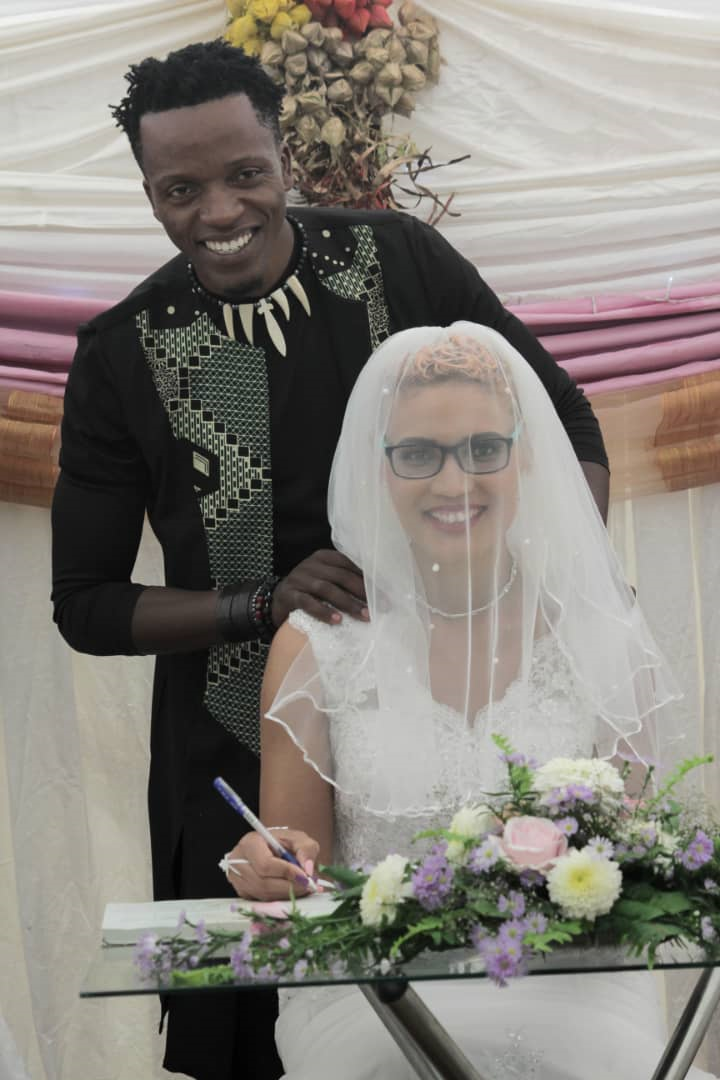 The 5th of December 2020 was a special day for April and David. A day when both their heart’s desires were fulfilled. One can truly testify that God is still giving out beautiful love stories.

The journey to the aisle and exchange of vows for Pangaea April Flatters and David Chaeruka is one that began in 2018. They both met through a mutual friend and David having shown interest in April, pursued her for months only to have been successful by offering her the best customer service possible when she visited his candy shop. April still remembers the day vividly, “He knew his sweets like the back of his hand, plus he gave me free sweets”, she said, laughing. A friendship later developed until David decided to ask April to be his valentine in February 2019 and this became the birth of a beautiful relationship.

The planning of the wedding was interesting for the couple seeing how they were trying to have their ideal wedding as well as stick to the current Covid 19 health regulations. There was high uncertainty if the wedding was going to take place at all, mostly due to financial constraints but the couple still hoped for the best. Indeed, God came through for them in terms of providing finances hence letting them be able to plan for their wedding. Initially, the couple had resorted to just having a mini-wedding on the day of roora/lobola which took place on the 24th of October 2020 but things did not go as planned therefore resulting in them postponing their wedding to the 5th of December 2020.

When the long-awaited day finally arrived, the couple was very excited to see it all come to pass. They had a bridal team composed of couples who were their friends and the groom David had been a groomsman for all their weddings. The bridesmaids dressed were pink and purple as an ode’ to their family in the UK (Mundandas) as they could not be there for the wedding. The couple made it even more unique by blending the bridesmaid’s dresses that they used for their weddings for couple’s wedding. The groomsmen theme was Wakanda forever.

The bride went dress shopping with her mother and chose a dress that brought her mother to tears. Her dress was sleeveless with a beautiful lace design on top and a shoulder-length veil. She also wed in short hair seeing that she had had it for a while and both she and her husband are not fans of wigs and weaves. “I wanted to be as naturally me as possible, I refused to succumb to social pressure to make my hair long just for the wedding”, said April. She emphasized the point that there are very few pictures of brides with short hair when this is a beautiful hairstyle.

Although it rained on the day, this did not dampen the mood. The couple appreciated that people as far as Botswana; Harare, braved the mud in heels and rain just to show their support. This was a sign of love and commitment, said April.

Another interesting aspect or event that occurred was how the groom got arrested the day before the wedding for not wearing his mask properly. Talk about drama a day before. He spent a day in the COVID-19 cells where he ended up writing his vows in the cells.

April shared advice to other couples that they should enjoy the journey and keep their eyes on the prize as lots of things can threaten the ideal idea of your day but all things work together for the good of those who love Him as long as you trust Him. 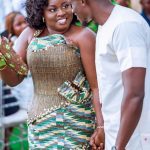 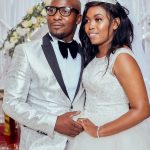 8 years of dating, still made it to the aisle

Tips to a smooth proposal

How to be your own wedding planner