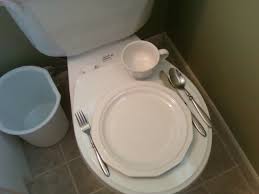 The world is filled with different kinds of wedding traditions that even modern-day couples happily take part in. Did you know in the Congo couples are forbidden to smile at their wedding as smiling would mean they are not serious about their marriage? With all these wedding traditions, the one thing which binds these seemingly disparate customs from near and far is love.

The couple spends the first three days confined to their home. Although this seems sweet, the reason for this practice is to keep the newlyweds from using the bathroom to strengthen their bond and their bladders as a test of patience.

For the Mexicans during the ceremony, as the couple exchanges their vows, a ‘lazo’, which is made of rosary beads and flowers is put around their shoulders in the shape of figure eight. The ‘lazo’ also represents the union of the couple, but its shape also resembles the infinity symbol which signifies how long they’re hoping the marriage will last.

The bride is supposed to wear an ornate silver and gold crown that has small charms dangling all around it. When she moves, the tinkling sound is supposed to deflect evil spirits.

The Congolese keep things serious, unlike other traditions who are visibly excited and happy. However, the Congolese must keep their happiness inside. The couple is not allowed to smile as smiling would mean they are not serious about their marriage.

In Fiji, when a man asks a woman’s father for her hand in marriage, he must present his future father-in-law with a whale’s tooth.

The Chinese have practice what is known as ‘take a seat’. This is whereby the bride’s family hires a ‘good luck woman’ to take care of her as she travels from home to her groom’s home in a beautifully decorated sedan chair. The guests shield the bride with parasols and they toss rice as a symbol of health and prosperity.

The French brides and grooms traditionally eat chocolate and champagne after the reception but they must consume these treats from a toilet bowl. The point is to give the two some strength before their wedding night.

In Guatemala, the parents of the groom, as wedding reception hosts, can do whatever they want including smashing things. When the newlyweds arrive it is a tradition that the groom’s mother breaks a white ceramic bell filled with grains like rice and flour to bring prosperity to the couple.

In Niger, the camel dance is done at the reception by a real camel. The humpback animal gets his groove onto a rhythmic drumbeat all while surrounded by wedding guests. 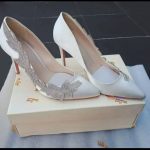 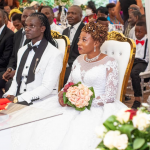 The beauty of destination weddings