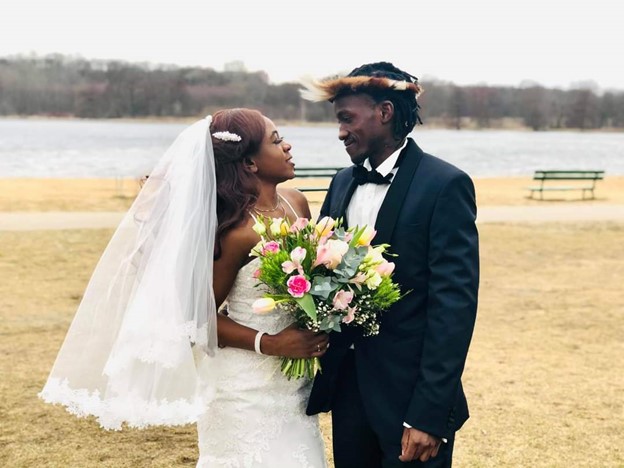 Love starts as a feeling, but to continue is a choice; and they found themselves choosing each other more and more with each day that passed by, despite a million miles that separated them.

The couple: Elstalson Tinotenda Ndlovu and Charity Praise Zinyengere, invited 40 guests on the 7th of March 2021 to Sheraton Hotel in Poznan Poland. The wedding had a beautiful reception with a menu that included shrimps, chicken, dumplings, and salads. The couple coordinated with MC Luxurious Decorations to define a Modern wedding theme with black and white and a bit of Tiffany blue.

The bride looked ravishing in a million-dollar sleeveless mermaid dress made by Nicole Saloon Slubny while the groom was also looking handsome in a classic black suit from Bytom Clothing. They did away with the traditional bridal and groom’s teams making the day all about them and the love they share for each other. “Having everyone we love to come together; virtually and physically, to celebrate our union was the greatest experience ever,” Charity said. “It was unforgettable.”

According to Charity, the couple met six years ago. In 2019, Elstalson relocated to Poland for his studies. “I think we are a living testimony that distance can never be a barrier unless you allow it,” she added. She says the dating period pushed till April 2020 when she agreed to be his wife over the phone.

“Our families met for the lobola negotiations on the 29th of August 2020 and once that chapter was closed, he started making arrangements for her to come to Poland which was delayed a bit by the pandemic. However, they were together by February this year and the wedding preparations began then, and two weeks after her arrival, they officially got married. As they were celebrating that side, both their families were also celebrating back at home. More so, to honour the power of technology that made it possible for their love to last till this day, the wedding was happening live on Facebook

When asked about the challenges they faced when it came to the wedding preparations, the groom opened up on how planning a wedding within two weeks was not easy. However, with the support and help from their parents, the rest of the families, and friends; the weight of the burden was lessened.

“A big shout out to our friends; Tafadzwa for turning my wife into a whole queen, that makeup was perfectly done, Heather, Elizabeth, and Cindy for an outstanding décor and delicious catering”, he explained. The best part of their wedding ceremony according to Charity was during the exchange of traditional vows and the part when they were announced as husband and wife. Elstalson says apart from the wedding vows, he felt his eyes water as she was walking down the aisle carrying a white bouquet, “I thought that only happened in movies but it’s real”, he laughed at the recap.

As for advice for future brides and grooms, the couple says you should stay true to yourself and your partner. Also, pray and communicate for successful plans or preparation. 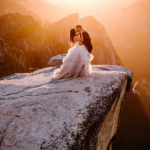 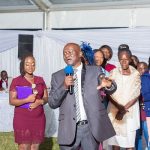