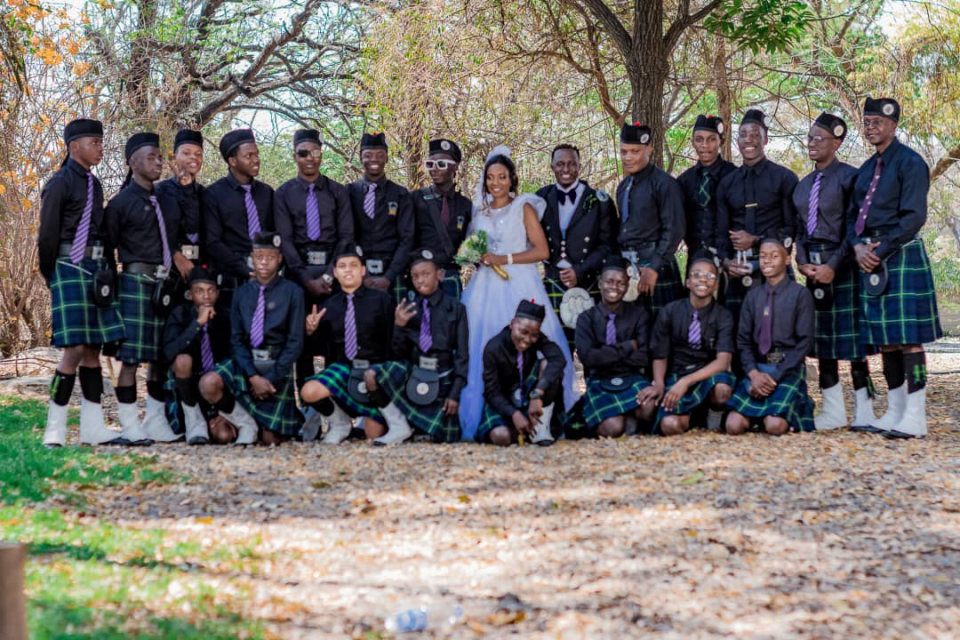 Albert met Regina at her church, Methodist Church after his choir Purple Pride Family, was invited to sing at the Methodist Choir Competitions. Having spotted her, Albert sent one of his choir members to get Regina’s number but this was to no avail as she refused to share her number. Albert, however, did not give up on the beautiful lady simply because she did not share her number, but devised another plan to get it. He then approached his Purple Pride Finance Director since he happened to have the Methodist Church register in which contact details for choir members were. This was a brilliant idea as he contacted Regina and they began communicating.

At first, it was strictly business as he had started communicating with her concerning Purple Pride Family. Albert wanted Regina to join the Charity Department and by conversing with her, he got more familiar with her.  Albert asked her out eventually. It took them both about three months to start dating.

The cows went to Regina’s homestead on the 19th of December 2020 to show respect to and honour her parents for nurturing the love of his life as well as creating family bonds between his family and hers. They had their own share of challenges in their relationship, which they tackled together. One of the challenges was Gina’s adjustment to Albert’s world as he is an artist and interacts with a lot of female colleagues which she sometimes did not understand. However, this is all in the past as they reached common ground.

The couple was supposed to tie the knot on the 21st of August 2021 but they, unfortunately, had to postpone the wedding due to several reasons. Another of the challenges was that amongst other overwhelming plans and responsibilities given to the groom, Albert also had to prepare the pipe band which was performing at his wedding, and running the Scottish Wedding Show was the Churchill pipe band.  This was quite draining for the groom as he had these responsibilities amongst others. Eventually, they wedded on the 25th of September in 2021. Theirs was a white wedding and they got married at Hitex Farm. Their wedding was Gordon Tartan Scottish-themed, with the colours on the Gordon Tartan material. This was because Albert has been familiar with the Scottish tradition for about 13 years and is currently the Band Manager of one of the first Scottish bands in Africa, and Zimbabwe, the Churchill pipe band. The couple agrees that this was their ideal wedding. 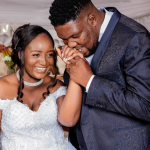 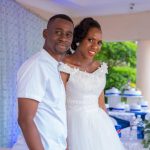