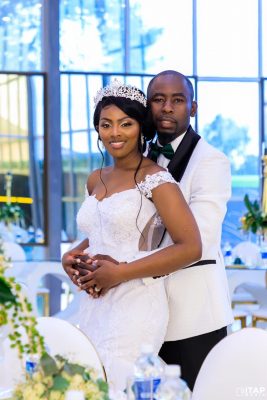 Growing up, Tariro never knew that her elder sister would also be the one to introduce her to her future husband. Tadiwa, the groom was close friends with Tariro’s elder sister and this is how they met. They were also churchmates who attended Hebron United Methodist Church. When she got to know Tadiwa, Tariro was in her last year of high school but took no notice of him although he visited her sister quite often at home.

As a clever person would do, in early 2017, Tadiwa made a plan to start talking to the beautiful girl that won his heart. He got Tarie’s number from the UMYF WhatsApp group and called her but she missed the call and later made a follow-up and he told her that he had called by mistake, which was a lie that made them start talking. As Fun said in his song Some Nights, “you won’t believe the most amazing things that can come from some terrible lies.”

They were in the talking zone for a while and this was because of several reasons amongst which one of them being that Tadiwa was a very close friend to Tariro’s sister and if they started dating and if anything would go wrong, he would lose his friendship with her sister. This was a risk he was skeptical to take. Also, Tadiwa was very scared of Tariro’s mom as she was known to be strict so he did not know how she would receive the news. Due to these reasons, they took their time to know each other before they started dating.

Despite all this, they eventually started dating and when they broke the news, Tadiwa’s good friend and sister to Tariro was the happiest and her mother was also glad as he was loved in her family. On their first date, he took Tariro to a cricket match and she liked him more because of this element of him that she discovered that day.

After almost four years of dating, the two started having serious talks of marriage and Tadiwa asked to go to Tarie’s family for introductions. They were all familiar with each other but this had to be done formally. On the 15th of November, they organized a brunch where Tarie got to introduce her boyfriend to the family and this resulted in the commencement of the lobola talks. They settled for 3 April 2021 for the ceremony.

Tariro was not expecting an engagement proposal as they were already preparing for the lobola. Tadiwa had better plans for them unknown to the bride. Before they left for Zimbabwe, on the 28th of March, he asked her to accompany her to a friend’s birthday party and she agreed only to be surprised when they arrived at the venue and knelt on one knee and asked her to marry him. She was even surprised to see her family and friends popping up after she said yes.

The lobola ceremony was done on the 3rd of April in Mutoko. Tariro’s sister helped her plan it as she did not want much, but a classy and simple ceremony. They are grateful that the negotiations were smooth, quick, and straightforward as the last thing a couple wants is squabbles on the day of the bond created between two of their families. Tariro and Tadiwa cannot seem to get over that day as they witnessed a beautiful ceremony, bonding their families. The bride is thankful to her husband for honoring her parents and family as any serious and respectful husband pays the bride price to his lover’s family.

The couple, like any other, had their challenging moments in their relationships but tackled them together. These include the risk they were taking by dating as Tadiwa is a very good friend to his lover’s sister, not forgetting the fear of her strict mother. Overall, their dating phase was a smooth sailing journey as they faced nothing they could not handle as the word of God says clearly that He will not tempt the believers beyond what they can endure.

The Covid 19 pandemic, which we are still fighting almost had an impact on their wedding preparations as they planned to leave Cape Town for Zimbabwe a week before the wedding but had to go earlier to avoid quarantine which would result in them being absent for their wedding or even postponing it. The number of cases continued to rise and some advised them to cancel the wedding but they remained adamant and prayed because as a nursing student, Tarie was only able to get married then or much later which she did not want.

God answered their prayers and the regulations and measures against the pandemic were not tightened, enabling them to carry on with their wedding. The bride and groom were planning for their wedding remotely, being in Cape Town in South Africa whilst the wedding was to be hosted in Zimbabwe. They had to trust their friends with choosing a venue for them in line with their budget and preferences. Tariro and Tadiwa settled for Zimbali Gardens which was affordable and they loved the glasshouse effect. Their wedding colours were classy and subtle, green with a touch of gold. It was celebrated on the 22nd of December 2021. 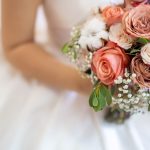 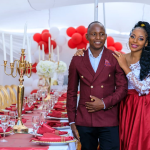 8 years of dating, still made it to the aisle

From a work spark to the beginning of forever after