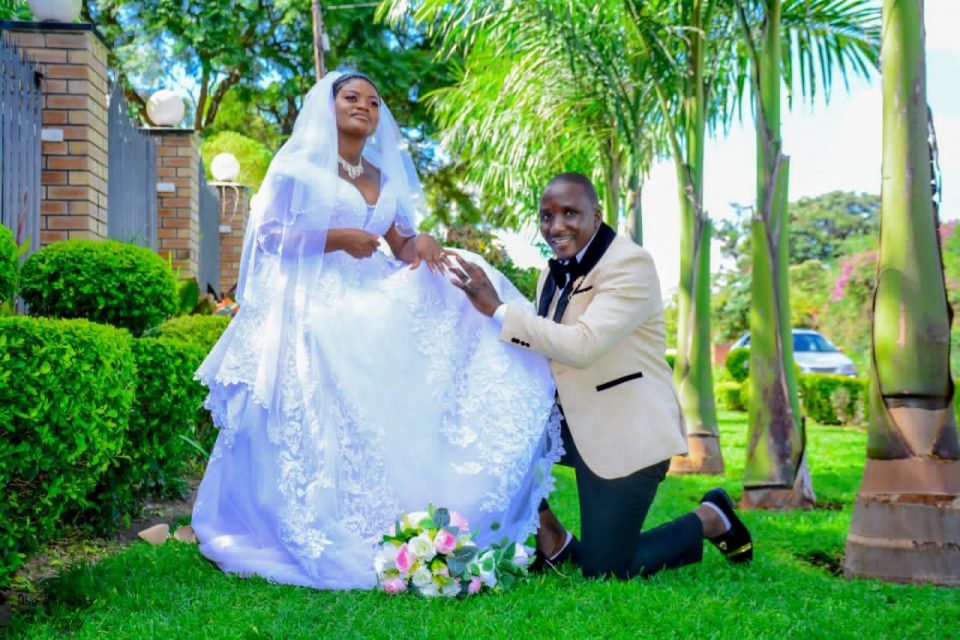 Poets often describe love as an emotion that we can’t control, one that overwhelms logic and common sense. That’s what it was like for Langelihle Tshuma. “I didn’t plan on falling in love with her, and I doubt if she planned on falling in love with me. But once we met, it was clear that neither of us could control what was happening to us.” They fell in love, despite their differences, and once they did, something rare and beautiful was created. “For me, love like that has happened only once, and I had to make her (Shylet Chirara) mine forever,” he explained.

As the saying goes, ‘actions speak louder’, the couple had an eye for each other but no one dared to say it out loud, only actions were speaking. “We stayed in the same neighborhood, met almost daily as we were heading to work but never conversed.  A month later, around November 2017, I finally gathered the courage to talk to her,” the groom said. They exchanged numbers and that was the beginning of everything.

Fast forward to 2021, the lobola negotiations began and then the wedding followed a year later, on the 10th of April at 12 Appledore Chadcombe community church with 200 guests to witness their union. The planning took 3 months. Although it seemed like a short period, with God guiding them and support from friends and family, they managed to get everything done in time.

They went with a colour palette of gold, blush pink, and maroon and blue.  Shylet wore a white, sleeveless ball gown with a flower pattern on it and accessorized it with a stunning watch and emerald neckpiece, while the bridesmaids wore long maroon and black for the MOH, sleeveless mermaid robes, with a slit on the right thigh. Langelihle wore a custom-tailored three-piece black and gold suit paired with a sage black bowtie and Versace velvet loafer shoes. He accessorized his look with a Versace watch that Shylet gave him as a wedding gift. His groom team looked dapper in blue suits with red pocket squares and ties.

The ceremony was everything the couple had dreamed it could be. “When I walked down the aisle and saw Langas’ face, it was without a doubt the best moment of my life,” Shylet remembered. “I walked with my parents to ‘perfect’ by Ed Sheeran. It brings tears to my eyes just thinking about that song. It marks the best moment of my life, walking down the aisle to my forever love. I’ve never felt that kind of happiness,” she recalled.

“For me, watching her walk down the aisle, the exchanging of vows and the kissing moment were my favorite part of the day. I just couldn’t wait to officially make her my forever” Langa explained. As for advice to the future brides and grooms, the couple said that marriage transforms lives in a good way. When you want to marry, do things the right way, step by step. If you cut corners it will cost you. 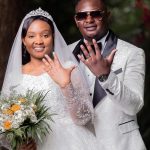 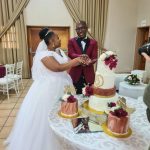